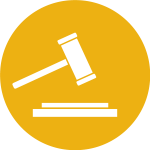 5.01    OATHS.  The oath of office shall be required and administered in accordance with the following:

5.02    BONDS.  Surety bonds are provided in accordance with the following:

5.03    DUTIES:  GENERAL.  Each municipal officer shall exercise the powers and perform the duties prescribed by law and this Code of Ordinances, or as otherwise directed by the Council unless contrary to State law or City charter.

5.04    BOOKS AND RECORDS.  All books and records required to be kept by law or ordinance shall be open to inspection by the public upon request, unless some other provisions of law expressly limit such right or require such records to be kept confidential.

5.05    TRANSFER TO SUCCESSOR.  Each officer shall transfer to the officer’s successor in office all books, papers, records, documents and property in the officer’s custody and appertaining to that office.

5.06    MEETINGS.  All meetings of the Council, any board or commission, or any multi-membered body formally and directly created by any of the foregoing bodies shall be held in accordance with the following:

5.07    CONFLICT OF INTEREST.  A City officer or employee shall not have an interest, direct or indirect, in any contract or job of work or material or the profits thereof or services to be furnished or performed for the City, unless expressly permitted by law.  A contract entered into in violation of this section is void.  The provisions of this section do not apply to:

5.08    RESIGNATIONS.  An elected officer who wishes to resign may do so by submitting a resignation in writing to the Clerk so that it shall be properly recorded and considered.  A person who resigns from an elective office is not eligible for appointment to the same office during the time for which the person was elected, if during that time the compensation of the office has been increased.

5.09    REMOVAL OF APPOINTED OFFICERS AND EMPLOYEES.  Except as otherwise provided by State or City law, all persons appointed to City office or employment may be removed by the officer or body making the appointment, but every such removal shall be by written order.  The order shall give the reasons, be filed in the office of the Clerk, and a copy shall be sent by certified mail to the person removed, who, upon request filed with the Clerk within thirty (30) days after the date of mailing the copy, shall be granted a public hearing before the Council on all issues connected with the removal.  The hearing shall be held within thirty (30) days after the date the request is filed, unless the person removed requests a later date.

5.10    VACANCIES.  A vacancy in an elective City office during a term of office shall be filled, at the Council’s option, by one of the two following procedures:

5.11    UNLAWFUL USE OF CITY PROPERTY.  No person shall use or permit any other person to use the property owned by the City for any private purpose and for personal gain, to the detriment of the City.

5.12    GIFTS.  Except as otherwise provided in Chapter 68B of the Code of Iowa, a public official, public employee or candidate, or that person’s immediate family member, shall not, directly or indirectly, accept or receive any gift or series of gifts from a “restricted donor” as defined in Chapter 68B and a restricted donor shall not, directly or indirectly, individually or jointly with one or more other restricted donors, offer or make a gift or a series of gifts to a public official, public employee or candidate for elective municipal office.

5.13    NOTICE OF VIOLATION.  Prior to the issuance of any citation for a municipal infraction pursuant to Chapter 4 of this Code of Ordinances, the Police Chief, the City Clerk, or Building Official may, at their discretion, issue a Notice of Violation to any person who violated any provision of this Code of Ordinances and permit the offender to admit the violation and pay an administrative penalty equal to the penalty established by Section 4.03.  In the event the offender has not admitted to the violation and paid the administrative penalty within twenty (20) days of the issuance of the Notice of Violation, any officer authorized by the City to enforce this Code of Ordinances may issue a civil citation for municipal infraction to the offender. (Ord. 257 – Feb. 08 Supp.)