The City of Granger was founded on land originally owned by Nathan Seiberling. 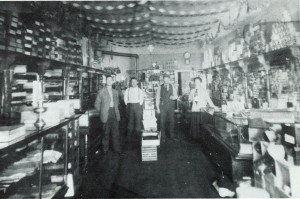 The new town was surveyed, platted and recorded in 1885 and was named for C.T. Granger a railroad man.

In that same year, Geneser and Sons General Store was built on the southwest corner of State and Main and managed by the younger son, George Geneser.    Many local stores started and thrived in the growing town of Granger, including Geneser and sons, Stubers and Schulte's stores. 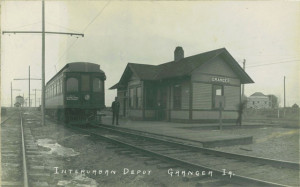 A year later, local men persuaded the railroad company to build a depot and side track for Granger, but first, they were required to put up one thousand dollars in "earnest money". For nearly 70 year the city of Granger was served by a rail line with a route from Des Moines to Perry and back again.

The first school was a one-room school building about a half mile west of town on the south side of the road.  that building burned in 1897 and the following year school classes were held in the hall above the Vail store in town. 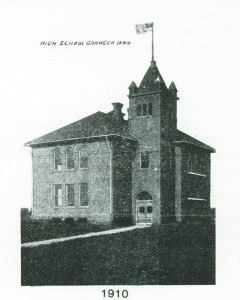 In the fall of 1899 the school was moved to the new frame school building on the north side of the road just east of the Inter-Urban tracks in Granger.

In 1905 a new four room brick structure was constructed and wasn't wired for electricity until 1916.  Phase two of the school building project went out for bid in 1917 and was contracted for $11,800.  In 1919 the first four year high school class graduated from Granger High School.

In 1937, the Board accepted plans by the architect for a new gymnasium and stage with an estimated cost of $22,000.  With a combination of Homestead grants and Bonds, the money was raised on what was then known as a WPA project and was contracted for $27,300

In the 1950's a bus barn and shop were added to the grounds and then after the merger of Woodward and Granger school districts the east wing was built in the summer of 1971.  The east wing is currently all that is left of the original school structure, the rest has been demolished and replaced with more modern facilities. 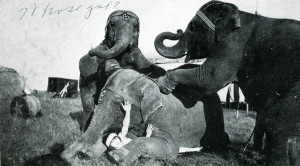 In early 1906 Fred Buchanan established the winter quarters for his Yankee Robinson Show, a Midwestern travelling circus, just two miles southeast of Granger. Fred Buchanan built a large two story house and the first of several out-buildings on several acres, perfect for grazing circus animals including several horses.  The land was along the Interurban railroad and later Buchanan would add a side track that held five train cars.  By 1926 there were a total of 20 outbuildings.  The circus was permanently closed in 1930 due to the depression.

Granger may be the only town in Iowa to claim an Elephant Graveyard. 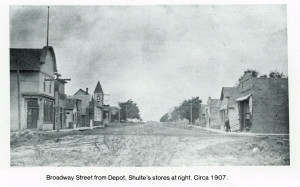 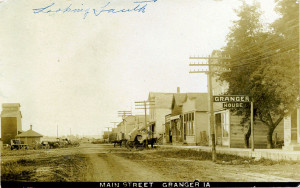